A sport for everyone

Members come from all demographics, as target shooting continues to be one of a small number of sports open to almost anyone, irrespective of their age, gender, fitness and/or disability.  It attracts both novice and experienced shooters, and provides them with a safe and controlled environment in which to compete.  Members compete in social, graded, women’s and age group competitions.

The rifles used are .22 calibre single shot target rifles and the sport is shot all year round – indoor in the winter (March to September) and outdoor in the summer (October to February).

Smallbore target shooting is performed over several distances. During the winter season it takes the form of Indoor which is shot over 25yds, or in a few ranges, 20yds.

A typical 25yd indoor target consisting of one central sighting diagram and ten scoring diagrams. A “10 shot” match such as this requires 2 compulsary sighters and a 3rd optional, followed by 10 scoring shots around the card. The perfect score would be 100.10 where a “.1” signifies an inner bull.

Our new range will be situated at Saxtons Field alongside the Indoor Cricket facility and is hoped to have this completed for the beginning of the indoor season in 2017.  This facility will also have two of the local clubs based there, namely Wood and Defence.

Target Shooting Nelson (TSN) consists of six clubs located around the Nelson/Tasman area.   If you are interested in learning more about this sport or you think you would like to give it a go you can contact either the Secretary Lyn Baigent or any Club contact to discuss how to get started. 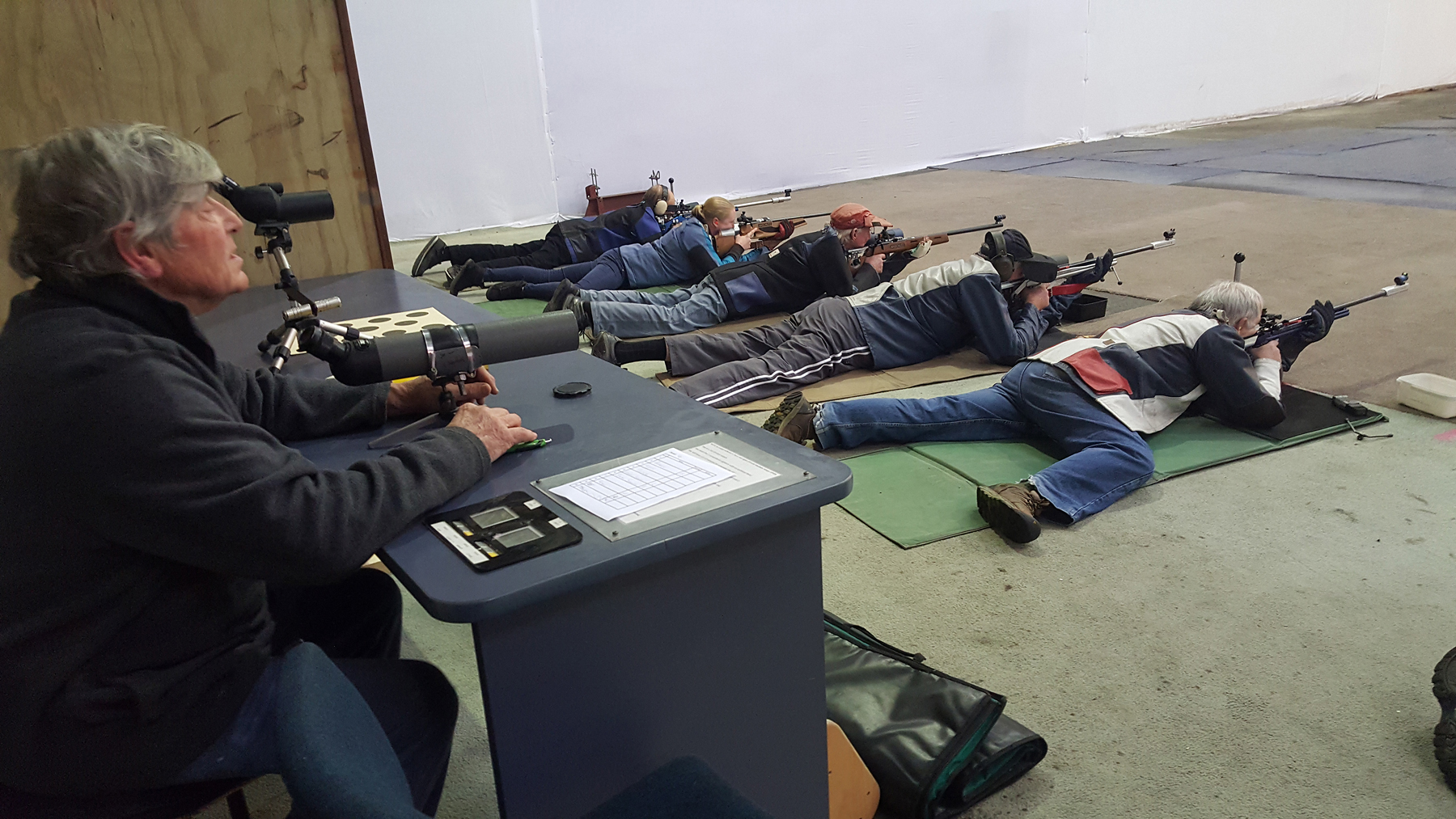